Travelling to the Land of Lava means taking a one-way trip to another world.

An unpredictable world where the icy cold coexists with the blazing sun, where silence resonates with a spectacular intensity. You will be awestuck by the enigmatic, moon-like landscape and quiver at this supernatural landscape. Lying somewhere between genesis and apocalypse, the Reunion Island volcano remains a mystery for all partakers of the Ultimate Experience. 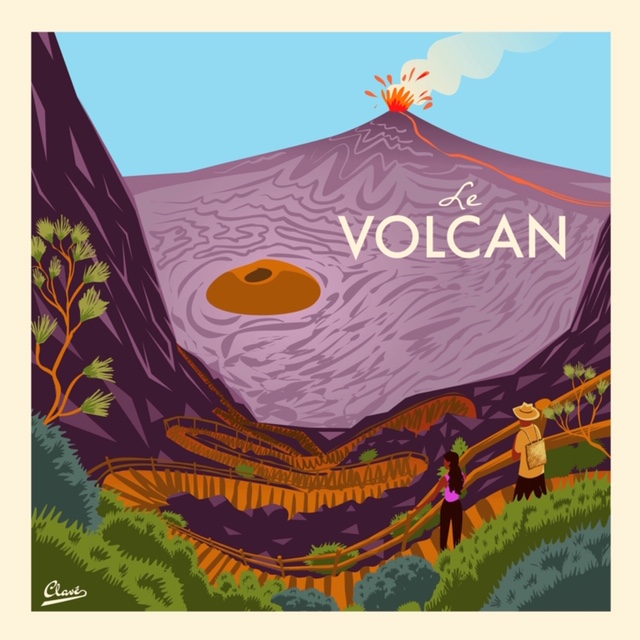 Burning with the urge to set off in search of adventure? Check out the Land of Lava and explore the incredible massif of Furnace Peak ! This enigmatic territory is the perfect witness to the birth and natural transformation of Reunion Island. Its magnetism tirelessly draws locals and travellers to spy in on the dawn of time, on the birth of the world.

Exploring the coastline around the volcano is an excellent way to become appreciate the beauty of this geological marvel. Here, black basalt contrasts with the deep blue of the ocean, while vegetation is little-by-little exerting itself alongside the Grand Brûlé (the Great Burning). Accessible via the Route des Laves (Lava Road), it reveals unique countryside, fashioned by the raging tempers of the fire giant.

While you are drawn to the peak, take the Volcano Route Forestière (Forest Road) and choose one of the many hiking trails to immerse yourself in an intense and spectacular atmosphere. Your heart beats faster and your face lights up when the panoramic view is laid out before you. Ascending the Piton de la Fournaise is an unforgettable experience.
The cradle of ancestral legend, the Land of Lava still holds many mysteries. Don't be surprised if you see a cane peeking out from behind a rock. It is doubtless Granny Kal, the sorceress who married the Devil in the crater of the volcano…
Astonishing, magical and enchanting, a genuine adventure novel awaits you in Péi Volcano (Volcano Land).

Plaine des Sables - Ambiance Terre de Lave
The atmosphere of the Land of Lava is unforgettable, first and foremost for its intense contrasts. The extremes often merge, as if to state that the Piton de la Fournaiseis the alpha and the omega of the Ultimate Experience . Your exploration will take you from bright light to darkness, from blazing sunlight to icy cold and from white noise to deafening silence. Enough to overwhelm your senses! To such a point that the region sometimes seems to project you to another planet, halfway between the Moon and Mars.

By taking the Forest Road leading to the base of the Piton de la Fournaise will help you to appreciate the depth and diversity of the countryside. The plants change as you move along the winding road. After crossing the majestic forest of Cryptomerias, the grasslands bathed in mist appear ahead and are transformed into arid plains strewn with volcanic rock. The lookout point of the Pas des Sables (Sand Steps) reveals an impressive lunar theatre for its spectators. Your eyes wander across a desert of red-tinted slag until they reach the Plaine des Sables (Plain of Sands).

Feel like extending your adventure? Head for the Pas de Bellecombe, decorated with unique basalt, where numerous rocky figures and formations have been sculpted by the lava. A fascinating geological world, in the image of one of the most active volcanoes in the world. Along with its fierce character, the Land of Lava also hides softness. Take the time to watch a sunrise from the Piton de la Fournaise. The silence of the early morning amplifies the feeling of fulfilment that comes of contemplating this breath-taking landscape.
While amateur geologists are out finding gold, photography nuts can capture the incredible light, perspectives and colours.

Understanding the Land of Lava


When the Piton de la Fournaise sleeps, the local myths and legends make way for science. And there are many ways to learn more about this peak. Intended for both young and old, they offer the chance to pierce the mysteries of the Land of Lava.
La Cité du Volcan  (Volcano City) is an excellent place to start. You can hone your knowledge by discovering the interactive exhibits there or during a guided tour through one of the many lava tunnels on the Island. Viscosity, magma, and effusive eruptions will no longer hold any secrets for you! An intense experience that will take you to another world. A world of earth, fire and fascination. A world of raw, untamed nature still beyond the human power.
The area surrounding the volcano are also a terrific place to look at the stars. Far from the lights of the city, the dark nights are perfect for astronomy-themed nights.

On the same topic / To know more