Home / Experiences / Blue lava tunnel
-A +A
Back to list

This preserved tunnel reveals the hidden mysteries of the geological history of our island. This adventure is clearly out of the ordinary"

We roamed one of the most beautiful lava tubes on Reunion Island, which was only discovered a few years ago. The volcanic landscape has created masterpieces there!


The volcanic bowels of Reunion Island are criss-crossed by countless tunnels, formed by lava flows whose upper crust cooled while the magma continued to flow. Some of them are quite wide and can be visited, provided that you are accompanied by a certified guide.

Some of them have been created very recently, such as Grand Brûlé. Others date back to ancient times: the Blue Tunnel for example is estimated to be 22,000 years old, from an eruption which also created Piton Bleu at Plaine-des-Cafres. Rudy, our guide, explains that the tunnel was discovered by chance, only a few years ago.

Underground wonders
The entrance is on private land and a few guides are authorised to accompany visitors: only a few hundred people before us have had the chance to enter the preserved underground world, which is home to authentic natural wonders.

Wearing a helmet, headlamp and gloves, we discover alternating bluish, orange or red rocks - red when they are rich in iron - and sparkling grey surfaces. The Blue Tunnel stands out from most of the others because of the hundreds of stalactites made from solidified lava. Obviously you look and don't touch. But what a spectacle!

Fragile beauty
Rudy draws our attention to the fragility of this amazing environment, that the guides endeavour to protect from any damage. In the profound silence of these depths, we feel like we're alone in the world. At every step the light of our lamps reveals an increasingly spectacular mineral landscape.

Most of the time we get around by walking normally, but for a few passages we have to get down on all fours, like we're looking for treasure. A visit to the Blue Tunnel is recommended for anyone interested in geology and volcanoes, but also for all those who, like us, are still quite childlike and like to play at being explorers for a morning or an afternoon!
Visiting a private lava tube unlike anywhere else in the world and a KOKAPAT exclusive!
Restricted groups to preserve the place and keep it intimate!
Photo reportage and a free aperitif after the excursion! 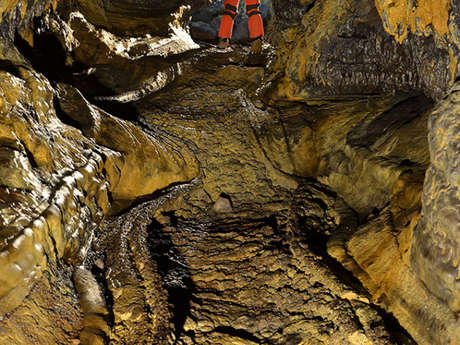 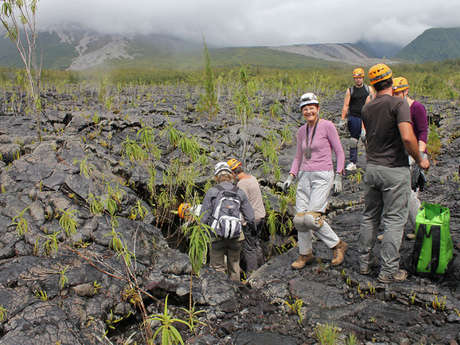 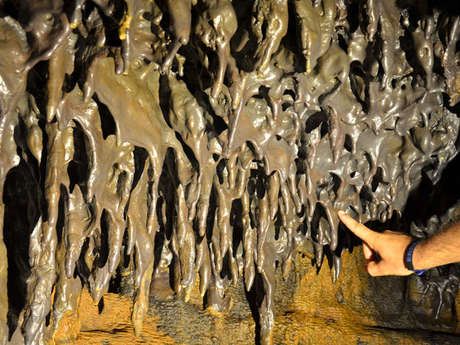 Reviews
Ask a question
From
50 €