Visit to an Indian temple

An immersion in Indo-Reunion culture

Learn about the Hindu religion, culture and philosophy, as practised in Reunion Island "

An immersion in Indo-Reunion culture

At the foot of the colourful statues that adorn the Maryen Péroumal temple in Saint-André, I meet Jahiro, a guide at the East Reunion Island Tourist Office. Jahiro is going to show me around one of the few temples on the island that is open to visitors.

Almost immediately, I detect the odour of incense combined with the scent of the fresh flower garlands that  adorn some of the statues. The special atmosphere of this small, community and family temple  awakens all my senses. Once inside the temple, my guide explains that the first statue the worshipper sees and offers up prayers to is Ganesha; this is because he symbolises the God of Opening Doors and Remover of Obstacles. I also notice Vishnu - "the God of  gods" to whom the place is dedicated - and am amazed at the rich detailing adorning the guardians of Pandiale, the  goddess of fire. I recognize an image of Buddha on a bas-relief carving: in Hinduism, Buddha is regarded an an incarnation of  Vishnu explains Jahiro. As we stand before each god, my guide enthusiastically describes the mythological events portrayed.

"Hinduism is a polytheistic religion. At birth, each individual is associated with a particular god but he can call on other gods throughout his life, explains Jahiro. There are 330 million gods. This figure is meant to be symbolic and designed to illustrate the fact that human beings tend to underestimate their own divine abilities," according to my guide.
The type of Hinduism practised in Reunion Island has a few idiosyncratic features, a legacy left behind by the Indian workers who arrived after the abolition of slavery in the 19th century. "When they came to the island, they had to convert to  Catholicism. Since then, many of Reunion Island's Hindu worshippers are also baptised in  church, explains Jahiro. Another distinguishing feature concerns certain rituals, which despite having almost disappeared in India, are still  practised on the island today. These include sacrifices offered to the goddess Kali, and even fire-walking ceremonies.

The last fire-walking took place just a few days ago: 80 devotees walked across the tikouli, a pit filled with burning embers which were still releasing heat when I visited.
It's amazing to think that people can walk over these embers! "Before the fire-walking, the devotees fast religiously for a period of 18 days. "It's their faith that allows them to walk through the fire without getting burned," adds Jahiro.
The life of Hindu believers is also marked by periods of deprivation: Three days before each visit to the temple, they adopt a strict meat-free diet.
To fully immerse myself in the experience, I also decided to follow a vegan diet before my visit. On the menu were all the classics of Reunion Island cuisine: brèdes (local leafy greens), chayote stew and and spicy peas.

At the end of my visit, I again stop in front of the statue of Ganesha. "He is the god of knowledge. We might pray to him before an exam or job interview, for example," explains  the guide. It's the perfect end to a wonderful visit where I had the chance to find out everything I wanted to know   about the practice of Hinduism on Reunion Island.  I make the most of it and take a few minutes to light an incense stick in gratitude for this opportunity to share in, and learn about,  another culture and religion.

The Festival of Divali: a journey to the lights of India, Reunion island style

Reunion Island's Hindu population holds several traditional festivals throughout the year. The most popular is Divali, the festival of lights, celebrated every year during the month of October/November. To mark the occasion, the town decks itself out in a multitude of colours and, in partnership with the Tourist Office for East Reunion, hosts a number of events and festivals, inviting travellers to explore India, both past and present. This festival ends with a traditional parade of floats, interspersed with Indian dances, along the roads of Saint-André where thousands of people gather for the occasion.
An immersive experience in one of the few Hindu temples open to visitors
A chance to discover the Hindu culture, philosophy and religion, as practised in Reunion Island
A rich exchange with an enthusiastic guide 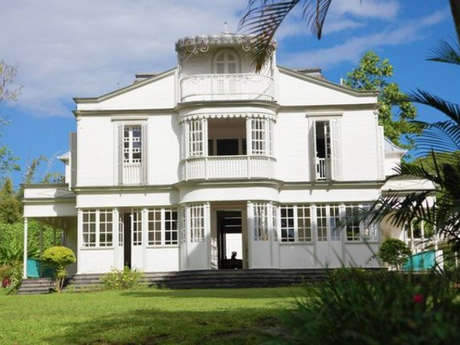 Reviews
Ask a question
From
10 €
Booking